Jean-Baptiste ONDAYE, 64 years old, is an economist specialised in planning issues and has a rich and long career in the Congolese Public Administration.

Holder of a diploma in higher economic studies, specialised in National Economy Planning, obtained in 1983 at the Higher School of Economics of Berlin, in Germany, Jean-Baptiste ONDAYE joins one year later the Ministry of Planning where he will accomplish a rich career until 2008 by holding several duties.

Head of the Investment and Approvals Department, in charge of the National Investment Commission, he was appointed seven years later, in 1991 to be precise, Director of Economic Regulation, in addition to his duties as Permanent Secretary of the National Investment Commission until 1997. In the same year, he was promoted to the position of Director General of Economy and member of the Executive Committee of the Central African Customs and Economic Union.

In 1999, Jean-Baptiste ONDAYE took over the Directorate General of Planning and Development. For ten years, he held this post cumulatively with the duties of Technical Secretary of the National Committee for the Fight against Poverty, member of the Monitoring Committee for Negotiations with the International Monetary Fund and the World Bank, alternate member of the Inter-State Committee of the Economic and Monetary Community of Central Africa and Technical Coordinator of Programmes with institutions of the United Nations System.

He joined the close ranks of the Head of State in 2009 as Secretary General of the Presidency of the Republic, with the rank and prerogatives of Minister. A trust that will be renewed in 2016 by Denis SASSOU N'GUESSO, who kept him in this position with a new responsibility, that of presiding over the destiny of the Committee for the Monitoring and Evaluation of Public Policies and Programmes and the ad hoc National Committee for the Fight against Malnutrition.

Grand Officer in the Congolese Order of Merit, Jean-Baptiste ONDAYE is married and has five children. 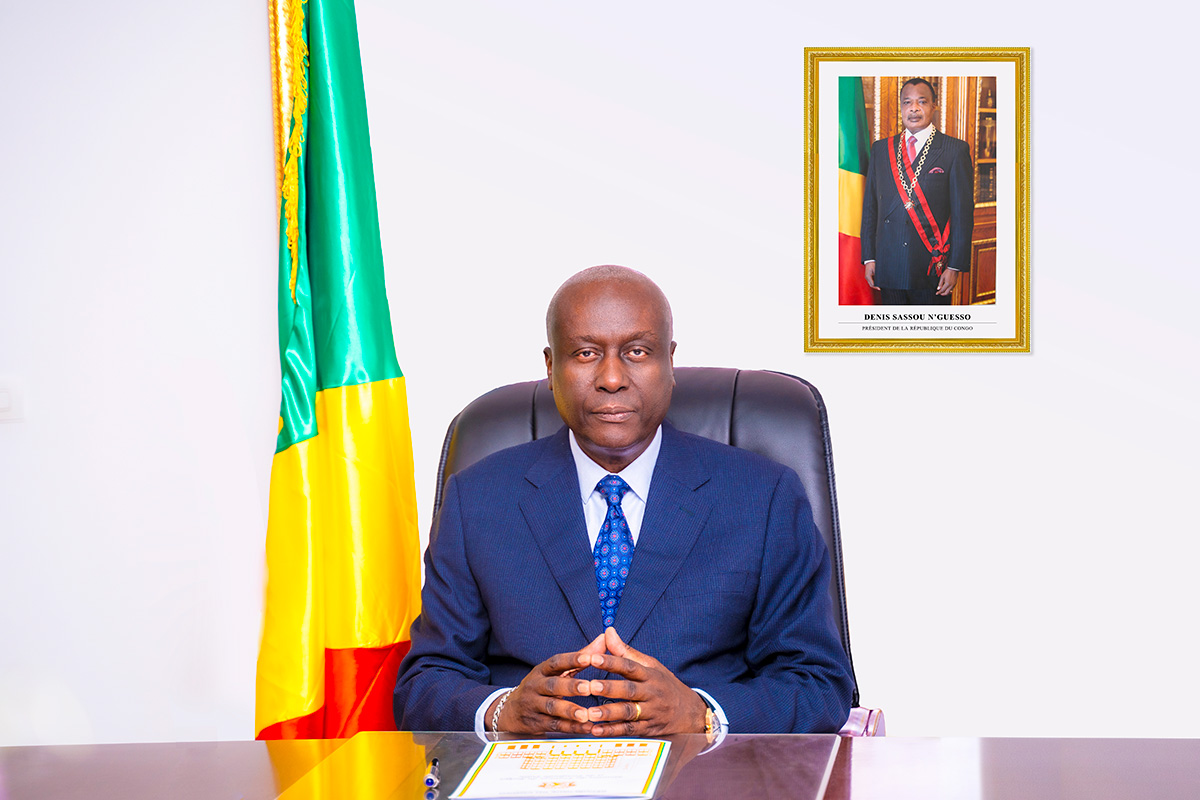 The Minister of Economy and Finance
Jean-Baptiste ONDAYE